On Authenticity in Video Marketing

You know you have to have video. And you know you can’t afford to see your videos fail. So, you set out with a wonderful plan that might go something like this:

You’ve invested so much and it’s so discouraging when your video doesn’t get used. I know.

There could be many reasons why videos fail and it’s important to assess your unique situation and truly enumerate those reasons before you try, try again when at first you don’t succeed. You need to work and rework a video marketing strategy.

And based on my observations as a corporate video producer, I offer up a few possibilities as to why corporate videos fail. And, what to do about it.

Videos fail when they are painfully boring

The default expectation for corporate videos is that they will be painfully boring so TBH, you don’t have to try very hard to rise above that. However, you do have a big hurdle to get over because of the yawn-worthy reputation.

If someone clicks on your video link, you have won. And you better win them over immediately if you don’t want see your videos fail.

Videos fail when they drown in a sea of sameness

I’ve seen a lot of “lifestyle” brand videos. Actually, I’ve seen enough of them to spot the same stock footage in multiple videos. The same music, the same quick cut edits, the same actors cheersing the same beers, the same lens flare. My most immediate, meanest thoughts are: “this business is generic, only cares about the bottom line, and is trying to be cool.”

I realize that may not be true!

But my impression from their video is already in my mind as a consumer. If you really have a great product or service that has an honest reason to stand out in the marketplace, please don’t let your videos fail by drowning in a sea of sameness.

Videos fail when the CEO, CMO, C-anyone doesn’t like the way they appear

Once upon a time, we had a client and we were super stoked to get their feedback on the corporate video we created for them. We patted ourselves on the back for the amazing job we did, high fived each other, and sent off a shiny new Vimeo link to their rough cut. We fully expected them to thank us profusely and marvel at how we captured such a compelling story.
Instead, we got a quick response thanking us for the work and that was basically it.
Our analytics said they watched the video one time.
We followed up, asked a lot of questions, made revisions. And they still didn’t use the video.
Ultimately, the CEO didn’t like the way they appeared in the video. And in some cases, that’s that. But we’ve done some work to try to prevent this from happening again.

3 ways to prevent your videos from failing

The quickest way to not be boring is to reveal an emotion, a passion, a belief. Share your perspective. Create curiosity. Tell a story.
For example, here are the first lines of a few of our corporate brand videos:

“We are really bad people to invite to parties.”

“It’s not about me being Ken Pun, the managing partner of the Pun Group; it’s all about our people.”

Those are videos from an insuretech company and an accounting firm. Engaging people? Yes. But if they had opened with what they do, you would have been bored. They’re engaging because they are about people who care.

Check out the full videos below and see how they compare to boring corporate videos:

It’s been said a million ways and perhaps the most poetic is Oscar Wilde: “Be yourself, everyone else is already taken.”

Yet, somehow, our inner 13-year-old self can still rule corporate executives and we have an instinct to play it safe. We do what everyone else is doing. Please don’t listen to teenager inside you telling you to stand against the wall at the school dance. That kid doesn’t necessarily want to see your videos fail.

But that kid is afraid. Be kind to yourself and then take a risk.

It’s been a few years now and I learned a lot from the experience with the CEO who didn’t like how she looked on camera. Maybe there was nothing I could have done. I thought they were confident and genuine and amazing and looked great!

But maybe I was so sure they were so sure of themselves that I forgot to make sure they knew that I knew they look and sound awesome. Maybe I could have done something differently.

In any case, no matter who I’m interviewing now, I make sure that if I have a thought about how well they’re doing, I tell them. (And equally, I make sure we don’t put the cameras away until we have the very best footage from the very best angle.)

When you’re considering investing money to hire a video production company, make sure you hire someone who knows how to draw out your most authentic self and get you comfortable on camera. This is something I love to do and I’ve gotten better at it with years of practice.

Here’s a peek into my process and what a few people have to say about it.

Whether you’ve been burned in the past when your videos fail or you’re new to video strategy and afraid to spend money, you can set yourself up for success. We love helping companies walk through their fears and work our way in to a solution that feels right together.

Let’s collaborate to make sure you don’t have your videos fail! 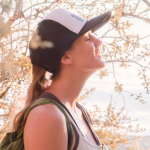 Kerri is Co-CEO of Concurrent Productions, an LA-based film production company that creates non-boring brand videos for CEOs and startup founders. Kerri and her husband Jeff founded the company together in 2017. Kerri’s background in independent filmmaking, improv comedy, writing business plans for immigrant investors, and fundraising for nonprofits has the common thread of: story. With the power to change your mind and our collective future, Kerri understands that story is a key driver of human behavior.